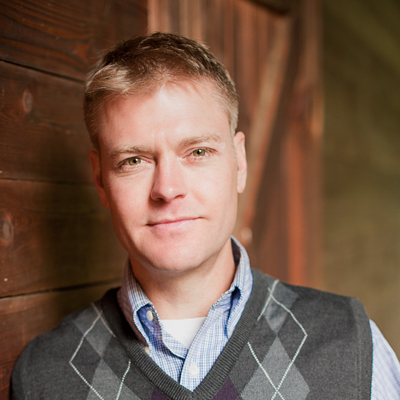 Ryan O’Dowd serves as Chesterton House Senior Fellow and is the founding rector of Bread of Life Anglican Church in Ithaca, NY. He is a graduate of the U.S. Air Force Academy, Reformed Theological Seminary, and the University of Liverpool (PhD 2005). His teaching and research interests include Old Testament law, wisdom literature, and poetry, as well as Christian ethics. He has a particular interest in the way cultures throughout history have understood the nature and purpose of work and vocation (calling). He also holds the rank of Lieutenant Colonel in the U.S. Air Force Reserve with almost 30 years of combined service, both Active Duty and Reserve. Ryan and his wife Amy live in Ithaca and have four children. I am now accustomed to the look of disappointed faces when tell people that I study the Old Testament for a living.  New Testament always trumps Old.

But I’ve started to ask people why they think it is that Psalms and Proverbs – two Old Testament books of poetry – are so often included with New Testament versions of the Bible.  Why not Genesis, Samuel, or Isaiah? (Why anything at all?)

We are no doubt drawn to proverbs because they provide good advice; but songs, stories, and letters do that as well.  Proverbs’ appeal is also in the endless metaphors it strings to together in trite, catchy language.  Might it be, G.K. Chesterton mused, that we are by nature more poets than philosophers?  I plan to expand on the poetry of proverbs in a later blog.

For now I want to suggest that Proverbs is far more than just a long list of helpful sentences, that its sophisticated structure, its strategically repeated sayings, and what scholars call a system of “root metaphors,” comprised of women, ways, and houses, together allow Proverbs to communicate a worldview, or a set of values and a kind of philosophy for the common folk.  Careful readers of Proverbs, in other words, learn to think systematically and conceptually about what it means to be human in a fallen world.

Here are a few examples to demonstrate the point.

“The fear of the Lord is the beginning of knowledge; fools despise wisdom and instruction”

First, take this well-recognized “motto” of wisdom that begins and ends the book (1:7; 31:30).  It also appears twelve more times in various forms in between.  Such structuring and repetition reinforce that the doorway to wisdom begins with faith in God who made the universe.  But it is also this same Lord gives wisdom and is known through wisdom (2:4-5). Wisdom and knowledge of God go hand in hand such that our wisdom will always be in proportion to the maturity of our faith in God.

Second, the location of wisdom in Proverbs is the heart and not the head. And the primary receptacle of wisdom is the ear not the eye.  Be assured that the biblical writers did not believe they had neurons in their chest or that eyesight was automatically suspect.  Rather, as in many pre-scientific cultures, Israelites believed that all human activity emanated out of an emotional and existential center and that wisdom was transmitted through the tradition of the elders.  This stands in contrast to the modern image of humans as neutral, computer-like residuals of ideas or individual learners in ivory towers.

Elsewhere in Proverbs we are told to write wisdom’s teachings on various parts of our body and adorn them on our necks and hands like jewelry (1:9; 3:3; 6:21).  We’re told to love wisdom like a sister, grasp her, and search for her as for gold.  These types of images suggest that wisdom involves an ongoing discipline of orienting the whole of our being – desires, thoughts, behaviors, actions, and emotions – to the ornate architecture and order of the created world.

Finally, proverbial wisdom is an antidote to evil and death and our key to human flourishing. Throughout Proverbs, the two temptations of deceitful, violent men and sexy, immoral women represent the two main forces that threaten to divert us from our goal. Even a brief study of human history reveals how violence, power, and pleasure lead to the downfall of people and cultures.

In order to counter these destructive paths Proverbs does not call us to the monasteries of sensual neglect or cultural retreat.  Rather, it offers its own vision of wise ways, prosperous homes, and alluring women (9:1-12 and 31:10-31).  Proverbs also portrays itself pointing the way to the Tree of Life (3:18) and to pleasurable life in a renewed Garden of Eden (8:22-31).  Put another way, wisdom is a kind of learning that resists the desires of evil by nurturing a desire for the renewal of a fallen creation.

I see it as no coincidence that John’s Revelation applies these same images of cosmic battling women, diverging paths, the Tree of Life, and a renewed creation to inspiring his readers to faith and obedience amidst temptation.  In Proverbs, as in Revelation, everything is at stake for the reader, which is more than sufficient reason to set our lives to “get wisdom and get understanding” and to call her “my sister…my closest friend” (4:5; 7:4).